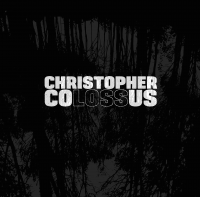 Loss smashes drones, rough noise and long, beautifully unfolding chords out of your speakers for 192 minutes. Maximum volume for maximum massivity!
The album was recorded and produced in spring 2016 together with producer Christian „Pastor Mevistopheles“ Mevs at his studio Salon Berlin. It’s available as a handcrafted 3-CD-edition.

The recordings of One Blacker started in 2009 at our former studio Flamingoville. It contains noise drone sessions we produced with different set-ups and in varying atmospheres, moods and phases throughout the years. We finished the album at our Pfarrei studio and released it digitally in 2015.